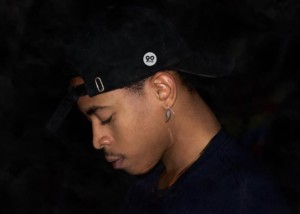 With an intention to do something seminal in the hip-hop industry, 90 One is the only hope to bring about a revolution in a rather uniform pattern that seems to have developed over the years in the music industry.

With emotional symphonies, impactful lyrics and distinctive chords, this artist generates the sweet, honey-like feeling when listening to his music.

Born in Temple and currently a resident of Austin, 90 One’s story leads back to his college times. Having suffered from the heartbreak of losing people he cared about in his late teens and the pain of isolation, 90 One discovered solace in music and soon, it became his saving grace.

Real life problems are something everyone deals with- with his authentic, truthful and soulful music, 90 One aims to help his fans connect with his music and get over their own tragedies.

His originality led him to win the Next Lyrical Genius Competition back in 2014. His success took the route to high hills from then onwards, followed by a historic performance at Matthew Knowles’ Talent Competition for a straight period of 4 weeks.

Of his many performances, the one close to his heart is the Javalena on Rainey St because of the kind of mixed crowd