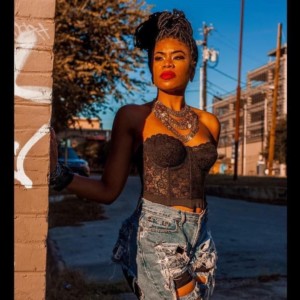 Anastasia, formerly known as “Anya”, is an Austin-based rap artist and vocalist. In the six years since her debut project (Pretty Color Bad News – 2011), Anastasia has worked to design and define her own niche within modern music, releasing several well -received projects (The Unkind Summer – 2012; Kale & Yoga – 2016; Born To Love You – 2017), earning the recognition and respect of media publications and listeners worldwide, and launching non-profit organization CAKE to empower women and girls through music (cakeofficial.com).