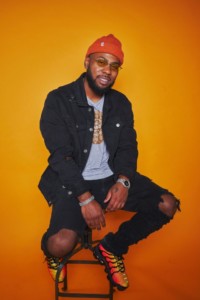 Raised in Lafayette, LA, by a very musically inclined family, Cody was immersed in a mix of ’70s to ’90’s classical music from a young age drawing strong influences from the likes of Stevie Wonder, Michael Jackson, Maxwell, and Boyz II Men. Cody’s parents have always been strong supporters of his singing and have encouraged him throughout his life to flex his talents. His mother paid for his first studio session on his thirteenth birthday and pushed him to play the piano. At the age of 18, Cody moved to New York to pursue his music career and produced his first song with Ja Ru