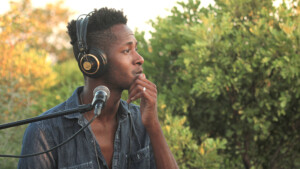 Dionysus Henderson Houston native is a True Bass. He studied music performance at Huston-Tillotson University. His classical and Gospel background mixed with the influences of popular ’80s and 90’s music artists gave him an ear for lyrical and vocal-driven music styles, lush harmonies, and live instrumentation. These influences show most in his first single Save Me, released on all major music platforms in August 2018. His versatile instrument has been featured in performances with renowned ensembles such as Austin Symphony Orchestra, and Conspirare. He continues to pursue his passion for music and has teamed up with local artists and art-focusedcompanies to produce one of a kind performances around the city of Austin.
https://www.facebook.com/dionsysus.henderson
mountolymusic@gmail.com