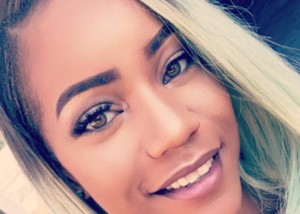 Born November 16, 1992, in Jackson, MS, Casey JaNissa Wallace, aka “Casey Jay,” is a lyrical talent on the scene for upcoming female rappers, song writer and business owner. At the age of 6, Casey moved from Grambling, LA to San Antonio, TX, and her passion for rap began shortly thereafter. With only a computer and microphone, Casey Jay made her first mixtape at the age of 15, and it was then that her dreams of becoming a mainstream artist began to take root. After graduating high school, Casey attended Concordia University in Austin, TX, and in 2014, transferred to Texas State University in San Marcos, TX where she Graduated with a degree in Sociology and psychology.

Through it all, Casey Jay has remained in pursuit of her artistic dream, and has continued to make original music based on her feelings and life experiences. In the summer of 2013, she stepped into the arena of battle rap and a year later, found herself competing on the main stage of Queen of the Ring (QOTR), based in New York City. Casey release her first EP entitled “Finally, Casey JaNissa.” Followed by a mixtape “RACA” released in 2016 and her latest album “Gold Blooded” released in 2017.